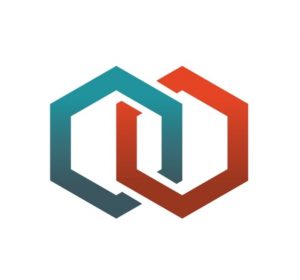 Think of estate planning as top and bottom bedsheets. You and your assets are tucked comfortably in-between. By understanding estate planning in these metaphoric terms you can make an estate plane that gives you peace of mind . . . and a good night’s sleep.

The top sheet can be thought of as covering what happens with your belongings after you pass away. You want a plan that makes certain that your intended heirs receive your property quickly and inexpensively. There may be minor children or others who require maintenance and support.

The bottom sheet can be thought of as protecting you, your property, and the people you love while you’re alive. For the best night’s sleep your estate plan must ensure that if you have a debilitating condition your assets will be managed by someone you know and trust. It also involves the appointment of someone to make medical decisions if you are incapacitated. You should also record your preferences for the type of life-prolonging treatment you wish to receive (or avoid) if your suffering with little hope of recovery.

A Last Will & Testament can be used to designate who receives your property after you pass away. If you have a Will your estate will probably go through probate which is a time consuming and expensive often taking 6 months to a year to complete. Probate is not necessarily a bad thing because court oversight can help guarantee the property will be transferred to the right people.

A Living Trust is created during your lifetime. State law provides that a living trust is a “legal entity” with the ability to hold and manage property. As the original trustee you can put your property in the trust and still control it during your lifetime. When you pass away your successor trustee distributes the property or manages it in the trust for beneficiaries according to the terms of your trust. If your married, after the first spouse passes away, the surviving spouse still has the benefit and control of the trust property.  Trusts can avoid the delay and expense of probate. They can also be customized to address your family’s money management concerns.

Powers of Attorney in estate planning are used to cover medical and financial affairs if you are incapacitated.

Advanced Medical Directives record what type of care you wish to receive, or not receive, if you have a terminal condition or there is little hope of recovery.

The LivingTrustSource.com reminds our followers that a good estate plan provides peace and comfort. You’ll sleep better knowing you and your loved ones are covered top to bottom.

In 2019 approximately 100,000 people moved from the Golden State to the Silver State. It’s little wonder that one of the most common questions we’re asked is whether a living trust, prepared in California, is valid in Nevada.

A California trust is valid in Nevada if the trust was valid when created in California. The issues, arise, however, when a California trust references California law. Most, if not all trusts we see from California contain numerous references to the California Civil Code (abbreviated Cal. Civ. Code). This can be problematic a Nevada lawyer later assists with the administration of the trust. Things can become especially complicated if a Nevada court is called upon to resolve matters relating to the trust.

Although state courts can apply the law of other states, Nevada courts and lawyers will be less familiar with the laws of the foreign jurisdiction. If the trust ever ends up in front of Nevada lawyers and judges, you’d be better off if it references Nevada law. The Silver State has laws that are favorable for the administration of trusts and the inclusion of California law will only cause uncertainty and confusion.

Additionally, if the trust receives income, it may be wise to slam the door on the California Franchise Tax Board by making it clear in the situs of the trust (place of administration) is Nevada and Nevada law applies.

Likewise, powers or attorney, advanced directives, and other estate planning documents generated out of state, which reference foreign law, may lead to problems downstream. Some banks and other institutions may insist that the document be in the form prescribed by Nevada law and contain references to Nevada law. Also, doctors may flinch when they see a foreign power of attorney for medical decisions or advanced directives.

In our experience it is generally easier and less time consuming to restate a foreign trust using a Nevada form rather than attempting to amend the entire trust agreement page by page. The terms of the trust, including beneficiary designations can remain the same or updated. The restated trust will be Nevada friendly and any attorneys or judges that come into contact with the trust won’t be asked to work with California law or be confronted with sticky conflict of law issues.

Because you already have the estate plan in place, an attorney should charge less for restating the documents to incorporate Nevada law than starting from scratch. TheLivingtrustSource.com strongly recommends that if you have a living trust (or will), and are moving from California to Nevada, have your estate planning documents reviewed by a Nevada estate planning attorney.

Beneficiary designations are contractual pay-on-death clauses for certain kinds of assets like life insurance and qualified retirement accounts as well as some brokerage and bank accounts. When the owner of the account or policy passes away the asset passes directly to the person designated. Life insurance and individual retirement accounts are generally never transferred into the trust because their designed to go straight to the designated beneficiary. When the owner dies these types of accounts can reach their target without the probate of a will or living trust.

We always advise our clients to review their beneficiary designations. We frequently find that clients are not aware of who is designated, or they have never named beneficiaries.

There are things you should be aware of if you plan on using beneficiary designations to pass your wealth to your heirs. When that time comes, to make it easier on your executor (for a will) or successor trustee (for a trust) your estate should leave enough cash available for your executor or trustee to pay final expenses. If the account with the beneficiary designation goes to the designee, and there are no other assets, the executor or trustee may not have the resources to settle the debts.

Another word of caution relates to beneficiaries who receive public benefits. If a beneficiary receiving public benefits such as Medicare receives a large sum of cash through the beneficiary designation the recipient may loose their government benefits. Extra planning is needed to protect these individuals and should probably involve a trust.

The Living Trust Source recommends that if you’re just starting your estate planning, you begin by reviewing beneficiary designations. You may discover that you have assets for which you were unaware that you could name a beneficiary. If you have already done some estate planning, it may be a good time to revisit your beneficiary designations to ensure they are in accordance your wishes and do not conflict with a will or trust.

Beneficiary designations are usually a critical component in most estate plans. They are a reliable way, and often the only means, of getting a qualified accounts and life insurance policies to the right person while avoiding probate for those assets. Because many assets do not allow for beneficiary designations, these designations usually aren’t enough for keep everything out of probate.

If you hold title to real estate with a spouse or life partner, there’s a good chance the title will contain the words “joint tenants.”  When two or more people hold title to property jointly, the deceased owners interest in the property passes to the surviving joint owner(s) according to the “the right of survivorship.”  This type of joint ownership can be used for land, automobiles, bank accounts, and some other types of property.

The other common way two or more people can hold an interest in real property is called “tenants in common.”  This is more typical in business settings when the owners are not family or in a personal relationship. When a tenant in common dies their interest in the property goes to their estate to be distributed according to their will. If the tenant in common did not leave a will, the property goes to family as determined by state law.

Joint ownership of property has saved many families and couples the burden of probate. This is because there is no need for a court to oversee the transfer of property. The parties intended that the survivor receive the deceased joint owner’s share.

Since this kind of wording placed on a deed or title can cause the property to avoid probate, some people think it’s a free and easy estate planning strategy. But when it comes to estate planning,  like most things, you get what you pay for. Relying on joint titles to keep your family out of probate is risky. Here’s a few things to consider:

The Living Trust Source recommends that you review titles to your real and personal property, so you are aware of how your property is held. Holding title to property jointly may keep the property out of probate, but it’s by no means a replacement for comprehensive estate planning. Transferring property to a revocable living trust, or executing a transfer upon death deed, both of which will be discussed later in this five-part series, are generally a safer strategies for avoiding probate that relying on joint ownership only.